The heat is on in Spain! 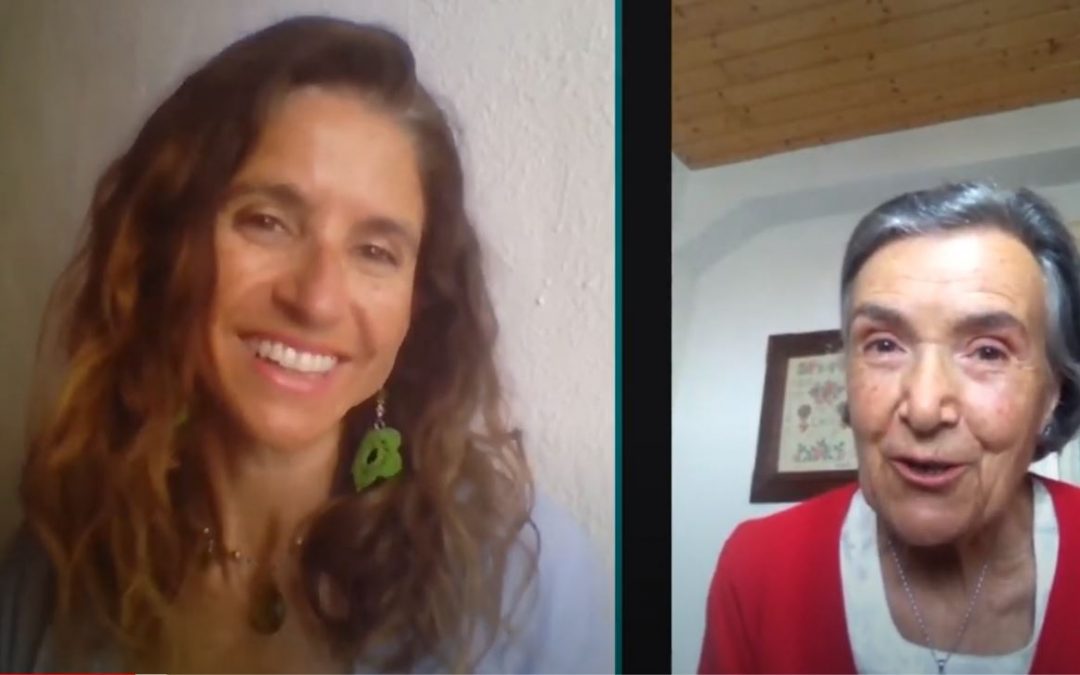 This community in northern Spain is afire as ardent Animator Florencia Baldazo and others get ready to celebrate the upcoming Season of Creation.

If you live anywhere near Medina de Pomar in the north of Spain, chances are you’ve probably seen or heard of Florencia Baldazo. When she’s not “out and about” organizing and promoting events on the ground, you’ll hear her on the radio or read about her in a local publication.

Laudato Si’ Animator Florenica Baldazo has been inspiring her community to listen to the voice of creation for years. See how this ardent Animator is igniting her community for the upcoming Season of Creation. In an interview with Laudato Si’ Movement, Florencia shares her story as she and her Laudato Si’ Circle continue walking on a synodal path of ecological conversion. 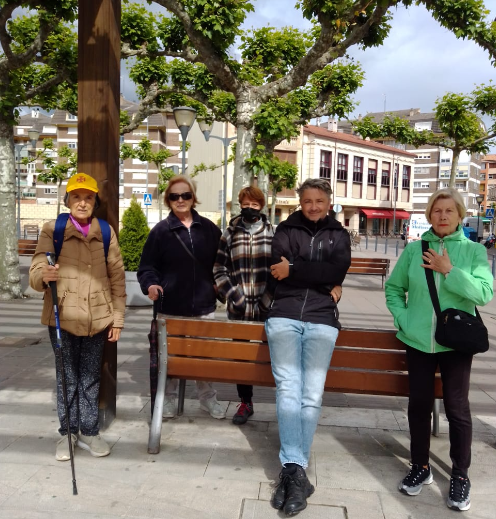 LSM: How did you get involved with Laudato Si’ Movement?

FB: I have always been very interested in environmental issues, ever since they became issues, in the 60’s. I have always kept up with news related to climate change, noticing all the news coming from church publications like “Vida Nueva” about the environment. Naturally, I immediately connected with it. When I realized that Laudato Si’ Movement existed, I thought I had to join. I got in touch, and signed up for the Laudato Si’ Animator training.

LSM: When did you take on a leadership role in your community?

FB: I formed an informal group with my friends long  before the Laudato Si Encyclical came out. We came together from different provinces and met three times a year. We would have 3 days of sharing in the houses, the gardens, and other gathering places. We were a small group. Eventually, in recent years, I started to get involved with Laudato Si’ Movement. I attended webinars and other activities online, read and listened. But then I realized that I had to go out and spread the message to the community.

A few people told me that they would join, and we have been meeting ever since. I later became aware of the local Laudato Si’ Circle, and we joined. We participated when Pope Francis presented the Healthy Planet, Healthy People Petition, collecting signatures to take to Glasgow for COP26. We stood at the door of the parish and got quite a few signatures. Since then, we have been meeting every 15 days. 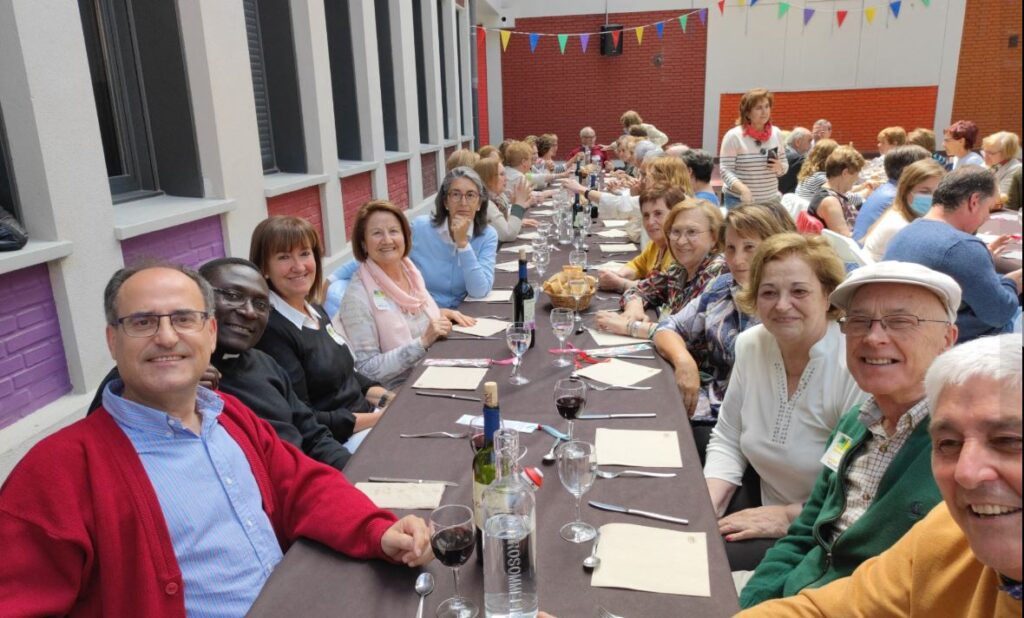 Florencia and her local Laudato Si’ Circle set Medina de Pomar on fire during Laudato Si’ Week! They channeled their experience and wisdom into motivating the community and planning an amazing program, featuring concerts, a film screening, walks, talks, activities and more.

“It was a very beautiful experience. We had a big turnout, even from people that generally don’t regularly attend mass. I particularly enjoyed the concert, where each song was dedicated to things like biodiversity, the birds, the encyclical…people really enjoyed that.”

During the week, which closed with a Eucharist, the recitation of the rosary and the “flowers to Mary”, community members praised God for creation, prayed for the strength to protect it, asked forgiveness for the damage caused to our common home, and praised Mary as Queen and Lady of all creation.

Two outings were organized, one to visit the garden of aromatic plants at the town hall and the other to clean up the banks of the Trueba River. The parish choir was also commissioned to prepare popular songs alluding to the various creatures of nature to be sung in a post-mass recital.

The Circle also organized a talk at the Casa de Cultura to discuss the Laudato Si’ encyclical and the Movement, and showed former U.S. Vice President Al Gore’s documentary film An Inconvenient Truth. 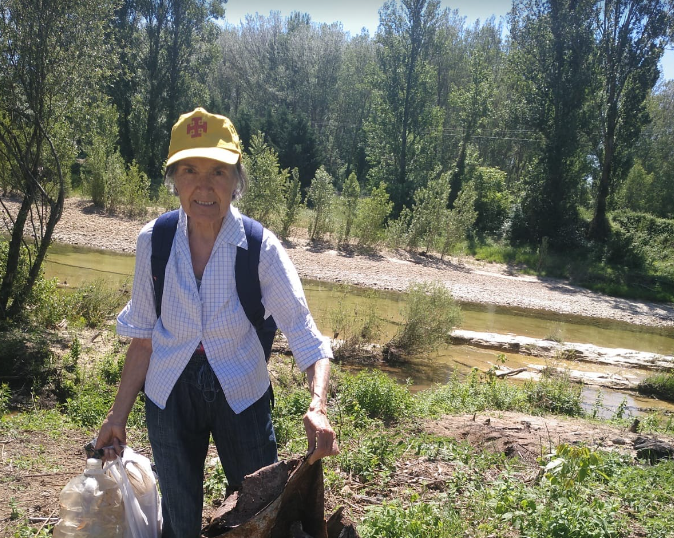 Florencia and her Circle are eagerly preparing for the Season of Creation. They are organizing two conferences, one on the natural spaces of their region, “Las Merindades”, and another on regenerative agriculture. They are also planning a wool spinning workshop provided by the local shepherds. Additionally, they will be praying the Laudato Si’ rosary on Saturdays throughout the month. We look forward to hearing about these initiatives, and more!

In addition to celebrating Laudato Si’ Week and Season of Creation, Florencia continually finds proactive ways to make a difference. She is currently in talks with the Delegation of Catechesis of Santiago de Compostela to combine Catechesis and integral ecology. They have been successful in introducing, little by little, the teachings of Laudato Si’ in the field of catechesis, and Florencia hopes to find ways to collaborate and adopt best practices to enrich the catechesis programs in her area. Her advice to people who want to make a difference in their communities:

“They should educate themselves on the subject. Then start small conversations with their friends and relatives, finding ways to connect with their natural environment. Things then have a way of spiraling outwards.”