Calling all Polish Catholics and clergy for #ReadingLaudatoSi 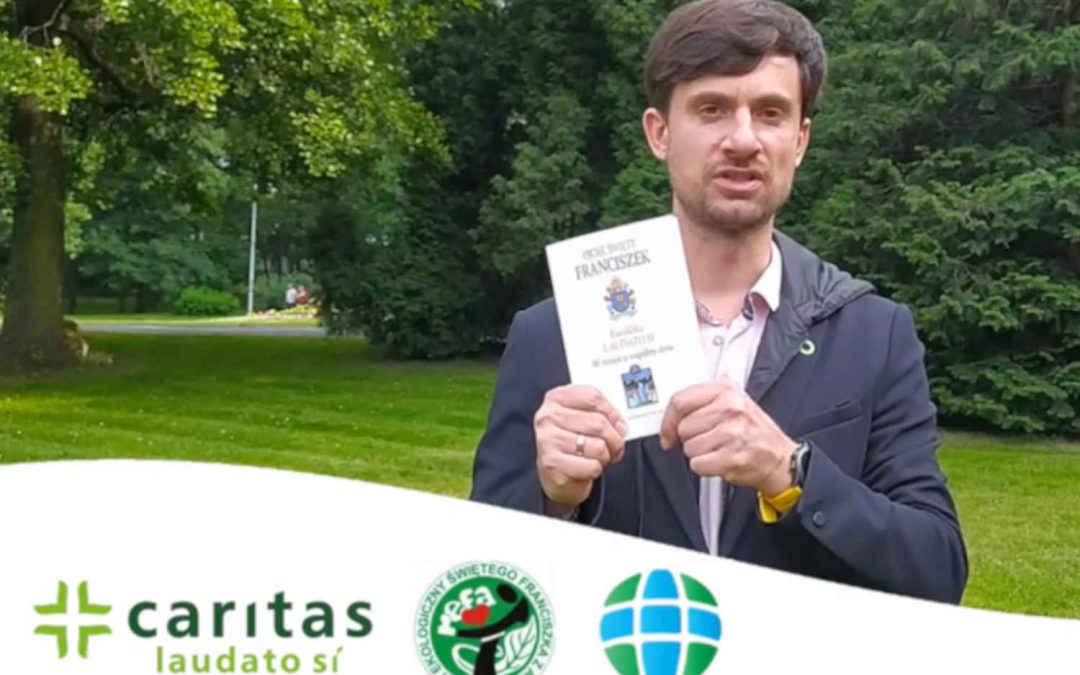 The warmer than usual winters mean fewer times to ski on the nearby Tatra mountains.

Coal production pollutes the air, water, and soil, and leads to smog that clogs the air and contributes to thousands of premature deaths every year, according to estimates from the European Environment Agency.

Earlier this year, however, Patryk decided to commit to caring for creation like never before and became a Laudato Si’ Animator, a champion for Catholic action on climate change.

Patryk connected with thousands of like-minded Catholics on six continents through Zoom meetings and learned from experts about Laudato Si’ and the root causes of climate change.

“It was an opportunity for me to listen to inspiring people and access the materials and tools needed to take action,” he said. “I like the combination of new technologies and good content: it motivates me to act.”

For his final project, Patryk, along with the thousands of other Animators, took action for creation.

He posted on social media insightful lessons gleaned from reading Laudato Si’, and he invited others to read along with him and to take action.

Patryk grew his audience and made it easy for others to find his work by always using #ReadingLaudatoSi, or, in Polish, #CzytamyLaudatoSi.

“Laudato Si’ is a guide and an inspiration for acting,” he said.

Patryk said the work is only the beginning of his efforts to recruit more Catholics, including priests, to care for creation in Katowice and throughout his country.

“In my opinion, it is now time to grow this movement in Poland,” he said.

“It’s high time priests and lay people got more involved in ecological activities and this movement. In churches, we need to listen more to the teachings of integral ecology and develop the knowledge and motivation needed to act in the spirit of integral ecology.”

Inspire your community: Become a Laudato Si’ Animator
Patryk is continuing to post on social media about #ReadingLaudatoSi. Next month, he’ll also advocate for creation by participating in the Season of Creation, the annual celebration of prayer and action for our common home.