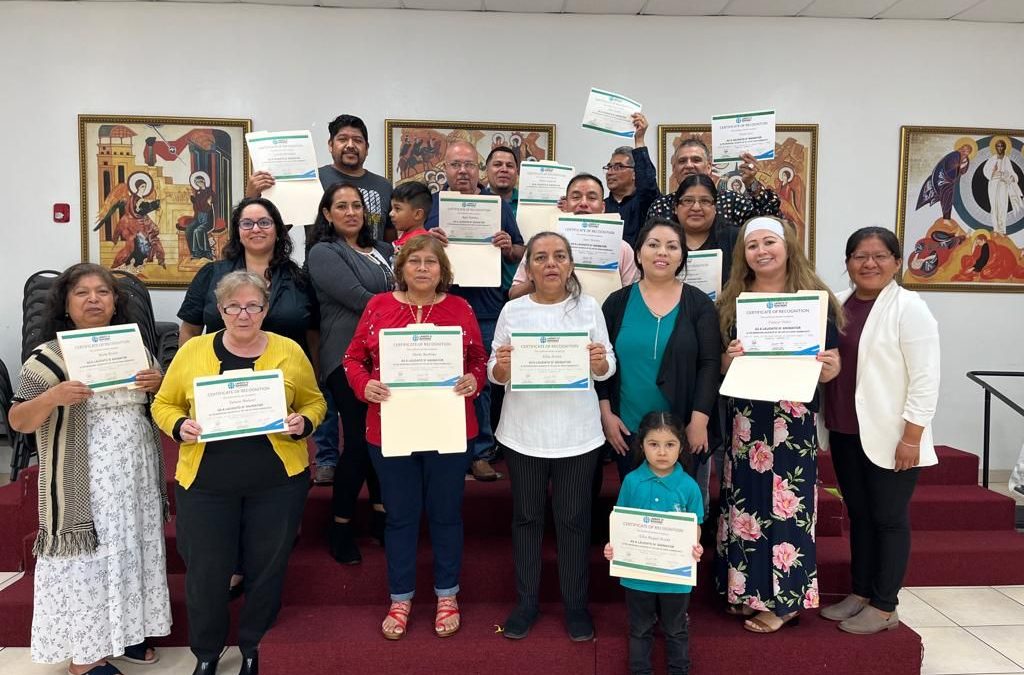 On August 19 and 20, a Laudato Si’ Animators course in Spanish was held for the community of St. Charles Borromeo Church in Houston, Texas (USA).

This training came about thanks to Tamara Malaver who completed her online Animators course graduating with the project “New dialogue to build the future of the planet: towards an integral ecology inspired by St. Francis of Assisi, in the context of the Encyclical Letter Laudato Si'”.

Having this concern to inspire and mobilize the Latino community of her parish, and to also live the encyclical Laudato Si’, Tamara contacted Maria Trevino, LSM Programs Coordinator, where after sharing many experiences, the idea of creating a course for Laudato Si’ animators in person and in Spanish for the community of St. Charles Borromeo parish came up.

Tamara immediately received the approval of Father Miguel Solorzano and he put her in touch with Walter Sandoval, coordinator of the Healing Group, whom we thank for his support in convening the community to receive the training. 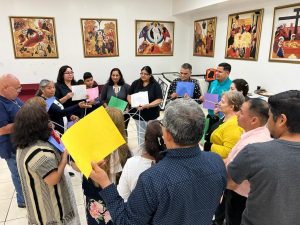 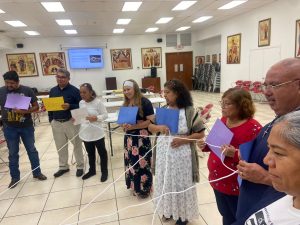 When the date of the course arrived, Teresa Flores, Associate Director of Network Participation and Maria Trevino, Coordinator of North American Programs (New Mexico and Texas) were present on behalf of the LSM, who began the day by accompanying the participants with the Holy Rosary, followed by a mass led by Father Antonio Cisneros, who gave us his blessing to the entire LSM and to the new path as Animators. After this, we officially opened the course with the presentation of Brother Walter Sandoval, who led a praise and prayer with the entire community and then continued with the introduction to the course of Laudato Si’ Animators.

The following day, we began the course with the methodology of seeing, judging and acting. The participants had the opportunity to reflect on what is happening in their parish and in Harris County. They realized the importance of making the encyclical known to all ministries and acting as a community to improve the social and environmental surroundings. In addition, they created ideas to share with the pastor and thus begin to work in a transversal way in each of the ministries and community in general. Some of the projects mentioned were: creating a Laudato Si’ Circle, workshops to raise awareness and motivate action with practical experiences, water care program, avoiding plastic consumption, film forum, waste management program in the city, and others that are in our strategic dimension: ecological conversion, full sustainability and advocacy.

Before concluding the course, awards were presented to each of the participants who at the same time committed themselves to accept this ministry of Living Laudato Si’, to share the Gospel of Creation with the whole world and work to rebuild this common home. To complete the event with a perfect ending, we had a get-together with all the participants, each one of them brought their own thermos to drink lemonade and hibiscus water to later enjoy some delicious lentil burgers accompanied by celery and carrot strips. We can conclude that this event was almost waste free, healthy and supporting local commerce, which made the participants aware that events can be held without affecting the environment and the generation of garbage.